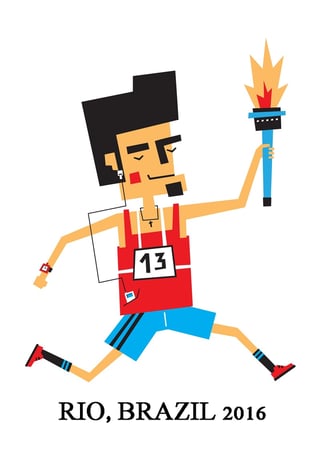 The Olympics are almost here!  The Summer Olympics this year are going to be held in Rio de Janeiro, Brazil on August 5-21 2016. The Olympics are a time to gather families and as crazy as it sounds nations around the world together, to cheer on their team to win and be pronounced champion of their sport. It’s a time to have friendly competition between competitors, and most importantly to have some fun. In the summer Olympics there are many sports that are invited to come and compete for their nation some of which are…

The Olympics are held every 4 years and rotate between the summers and winter seasons. You may wonder when the Olympics were “invented”, or when did they come to be? They were actually inspired by the Olympic Games thousands of years ago that were held in Olympia, Greece, from the 8th century B.C. to 4th century A.D.  Baron Pierre de Coubertin founded the official Olympics called, the International Olympic Committee (IOC) in 1894, and ever since then we have been having the Olympic Games ever 4 years. This particular Olympics that is being held in Rio, Brazil is the 31st one since IOC was developed.

At the Olympics people don’t just compete to have fun (though that is important). They go to win! Over the 19 day period of the Games medals are handed out to the competitors if they win. But there are only 136 medals for the women and 161 for the men. It’s a very intense and amazing thing to win at the games because almost 13,000 athletes, 33 different sports, and 400 events are fighting for the limited amount of medals that are handed out. Most athletes will only have one chance to go to the Olympics because when the next 4 years or sometimes 8 years depending on the sport. They are normally too old to compete at that point. So they only get one chance.

The Olympics is an amazing thing to watch. But many of us cannot travel all the way to Brazil.. So even though you may not be able to go straight to the Olympics in Rio de Janeiro, Brazil and watch them live. You can always gather your family and friends together, gather some treats and watch it on T.V. and have the chance to Cheer on your nation’s team throughout all their sports in the comfort of your own home.

Come see for yourself how our residents are celebrating the Olympics! Call us or head on over to our website for more information!

Or just fill out the free consultation and we will contact you: